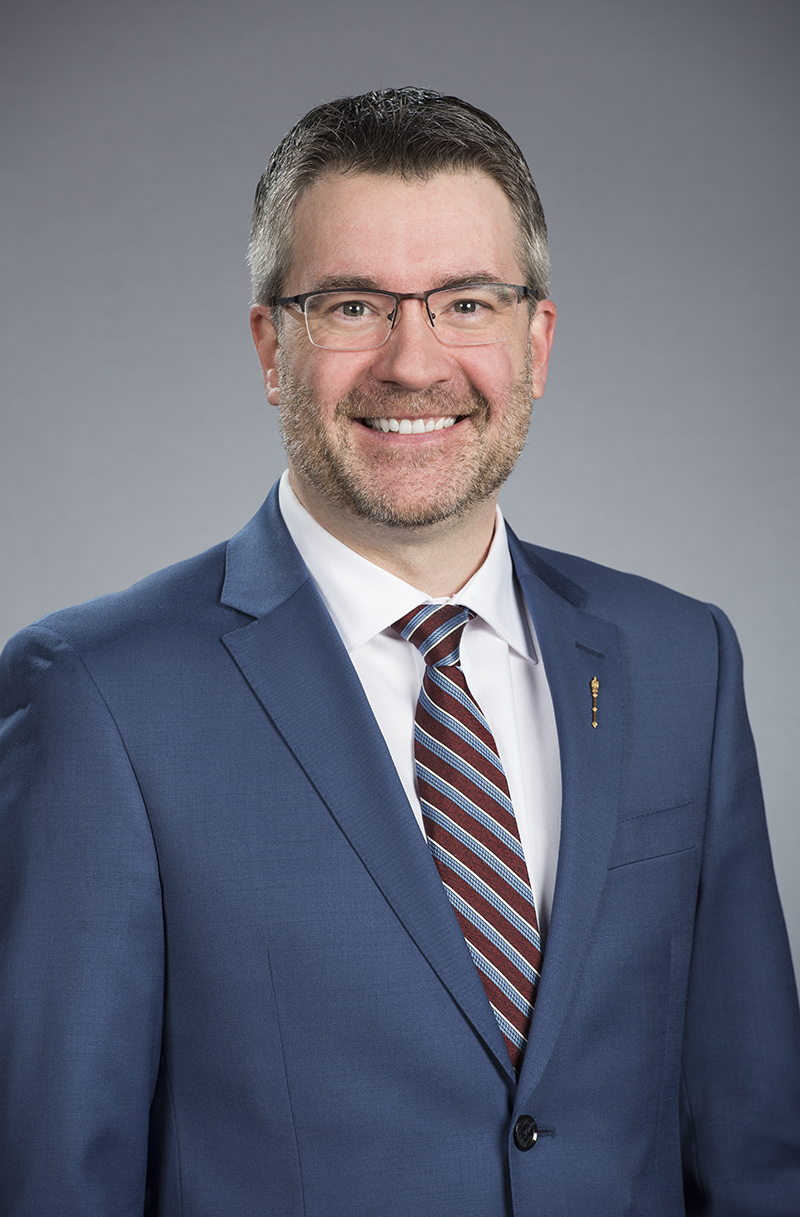 Kris Austin was elected to represent the riding of  Fredericton-Grand Lake in the 2018 and 2020 election.

Prior to his entry into the political arena, Mr. Austin was involved in many areas both professionally and on a volunteer basis.

He studied theology in Bangor Maine after which he worked in ministry, as a church pastor, for ten years.

Next, he started a small silviculture business in Minto which has been home for most of his life. He’s also resided in Nackawic, New Brunswick, Niagara Falls, Ontario and Charleston, Maine.

Mr. Austin is a community-minded person and served at the municipal level on village council both as a councillor and deputy mayor.

He is passionate about volunteerism both in his community and internationally. He founded the Minto Community Youth Centre. He travelled to Haiti several times where he participated in humanitarian relief projects at orphanages and schools.

He has been married to his wife, Amanda, for 19 years. They have a 15-year-old son, Silas, two daughters five-year-old-Krisily, and one year old Felicity.